We all agree that no other sitcom has gained as much universal love as Friends has. Watching Friends is a stress-buster. We can re-watch it till infinity, right?

Remember ‘The One With The Proposal’, its next to impossible to stop your emotions when Monica gets down on her knees and confesses her love for Chandler. The scene is one of the most romantic scenes in TV history.

Here are 14 Moments from Friends we all cry to, every time it comes on TV.

1. When Ross and Rachel break up

Rachel was heartbroken when she discovered that Ross slept with Chloe.

2. When Monica proposes to Chandler

When Monica went down on one knee, it was one of the most ‘awww’ moments in television history.

3. When Mike and Phoebe get married

Mike and Phoebe were arguably the cutest couple on Friends. Everything about their wedding made us believe that there is someone out there for each one of us too.

4. When Chandler and Monica find out they can’t have kids

It was devastating to discover that Monica, who was so eager to become a mom, couldn’t conceive. It was equally heartbreaking to see Chandler consoling her by telling her that they would figure it out.

5. When Chandler convinces Erica to give him and Monica her baby 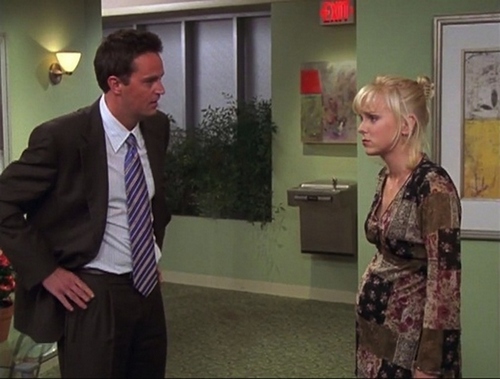 A helpless Chandler tries to convince Erica to give them a second chance at adoption. When he mentions that Monica is already a mother without a baby, it makes us realise how much he loves her.

6. When Rachel gets off the plane

The One where ‘She Got Off The Plane’ was an epic episode where Rachel comes back for Ross. And finally balance is restored in the universe.

7. When Phoebe says good-bye to her triplets 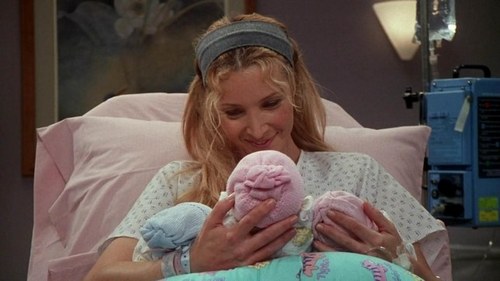 Phoebe’s final good-bye to her triplets etched a permanent place in our hearts for her.

8. When Joey moves out of the apartment and hugs Chandler

They were always hilarious on the show. But in this particular episode, Joey made us cry by showing just how close he was to Chandler.

9. When Gunther tells Rachel about his feelings

Only people who know what unrequited love is understand Gunther’s love for Rachel.

Our eyes were on Ross’s face when he took his daughter in his hands.

11. When Rachel says goodbye to Ross

This episode taught us that we can never really say goodbye to people you love the most.

12. When Ross said Rachel’s name instead of Emily

The ‘oops’ moment showed how Ross was never over Rachel. Never.

13. When Rachel decides to keep the baby

Every single mother understood Rachel’s point of view in this one.

14. When they say goodbye to each other, one last time

Every Friends fanatic tries to avoid this episode, as nobody can see their beloved characters assemble for one last time, *sniff sniff*.